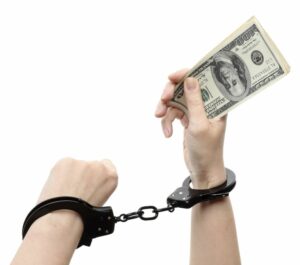 At SOTO-LAW PLLC are hopeful that the Biden administration will enact regulations to remove the current policies and practices of ICE detainers, because they often times result in unconstitutional prolonged detention periods. For this reason, it is important for family of undocumented individuals and non-citizens to understand what an ICE detainer actually is. The enforcement and removal operations (“ERO”) is an operational branch of the U.S. Immigration and Customs Enforcement (“ICE”) a branch of the U.S. Department of Homeland Security (“DHS”). ICE is the federal agency in charge of upholding United States immigration laws. While ICE claims, “ERO’s work is critical to the enforcement of immigration law against those who present a danger to our national security, are a threat to public safety, or who otherwise undermine the integrity of our immigration system.” The reality is non-citizens arrested for minor offenses, some of whom are never formally charged, often suffer prolonged detention as a result of, ICE detainers.

ICE detainers, also referred to as an immigration hold, is a written request that a jail or law enforcement agency detain an individual to provide ICE agents time to apprehend the individual prior to their release. ICE uses these detainers to apprehend undocumented individuals who come in contact with local and state law enforcement agencies in order to place them into removal proceedings. A large number of individuals placed into removal hearings are held in immigration detention for prolonged periods of time awaiting their hearings before the Executive Office for Immigration Review.

Those arrested and taken to jail in Maricopa County, including; Phoenix, Peoria, Goodyear, Glendale, Buckeye, Scottsdale, Tempe, Gilbert, Mesa, or Chandler may be transported to 4th Avenue Jail. You can search for your loved one using the MCSO Inmate Search.

Commonly referred to as “4th Ave,” because the Jail is located at 201 S. 4th Avenue in downtown Phoenix. The Initial Appearance (“IA”) Court is located inside of 4th Ave. By statute an arrestee must appear before a judge within 24 hours of their arrest. At 4th Ave, initial appearances are held every three hours; 2 am, 5 am, 8 am, 11 am, 2 pm, 5 pm, 8 pm, and 11pm. At the IA, the judge will determine your loved one’s release conditions. Those conditions can include, ROR – Release on Own Recognizance, released to PTS – Pre-Trial Services supervision, setting a bond amount, or denying bond. Consult an attorney prior to paying bond

If your loved one is not a United States Citizen, and they are booked into Maricopa County Jail, or any other local Arizona jails, it is highly recommended that you consult with an attorney experienced in both criminal and immigration law, prior to paying their bond, because they likely will have ICE detainers. Certain criminal charges will require a favorable resolution in order for the accused to become eligible for an immigration bond redetermination hearing. A favorable resolution to the criminal case could strengthen the possibility of securing an immigration bond. Often times family will pay the criminal bond immediately in hopes that their loved one will be released from jail, only to learn that ICE apprehended them. When this happens, the family will likely forfeit hundreds or even thousands of dollars they’ve paid to a bail bond company.

Individuals apprehended by ICE in Phoenix, Arizona are taken to the ”ICE Phoenix Field Office”, where they are interviewed by an ICE agent. If the agent is convinced that the individual doesn’t present a danger to the community and that the individual will appear for future ICE check-ins and hearings, the officer has the power to release the individual. It is extremely important that the individual be prepared to plead his case to the agent, of why he or she doesn’t present a danger to the community nor a flight risk. Recently, medical risk factors are important to bring to the attention of the agent. Individuals who are at an elevated risk of contracting the Coronavirus, may be released on Humanitarian Parole.

As a result of the Coronavirus Pandemic (“COVID-19”), a nationwide preliminary injunction was issued in Fraihat v. ICE on 4/20/20 ordering ICE to immediately identify and track individuals in its custody with certain defined factors that makes them especially vulnerable to COVID-19 and make timely custody redeterminations for all class members, including for people whose custody has already been reviewed.

SOTO-LAW PLLC has met with non-citizen clients at 4th Avenue jail to represent them at their IA, and multiple clients have been released from ICE custody at the ICE Phoenix Field Office after having been successfully prepared for their ICE agent interview.

In Arizona, DHS contracts with Core Civic to house immigration detainees their facilities. Those facilities are: Florence Service Processing Center; Florence Correctional Center; Eloy Detention Center; and La Palma Correctional Center. If you’ve already paid for your loved one’s bond, and they were apprehended by ICE, you can attempt to locate them using the ICE – Online Detainee Locator System.

Not all detainees who arrive to these detention facilities are eligible to appear before an EOIR judge for a bond redetermination hearing. The immigration bond redetermination proceeding is much more stringent than the criminal courts initial appearance. Individuals who were previously released on their own recognizance, without paying a bond amount, by a criminal judge based on their promise to appear for all future hearing dates; May find themselves being granted an expensive immigration bond. It is not uncommon for these bonds to exceed $10,000 USD. Often times, an immigration judge will deny bond all together if they determine the individual to be a flight risk, danger to the community, or a threat to national security.

It is not uncommon for those who are fortunate enough to be released from the ICE Phoenix Field Office, to be fitted with an electronic ankle monitor. Those less fortunate, are transferred for processing to the Florence Service Processing Center. While some detainees will remain housed at Florence SPC, the greater majority are transferred again to either Eloy or La Palma. On rare occasions, and for reasons unbeknownst to SOTO-LAW PLLC, some individuals are at times transferred to ICE detention facilities in other states. This doesn’t change the nature of the proceedings; it just makes it logistically more challenging for SOTO-LAW PLLC to represent out-of-state clients.

Consult with an experienced attorney regarding ICE Detainers

Crimes like driving under the influence (“DUI” or “DWI”), domestic violence, theft, trespassing, and even drug possession, are generally considered petty crimes or minor offenses. These misdemeanors and low level felonies can be quite burdensome for individuals who aren’t U.S. Citizens. For this reason, if your non-citizen family member is ever arrested, no matter how insignificant the crime may seem, contact Attorney Brian Soto at SOTO-LAW PLLC at (480) 573-SOTO, (480) 573-7686 before paying bond. He’s experienced in both criminal and immigration cases and will guide you through the complex matter.